Mobile payments apps have leapfrogged credit and debit cards in China, signposting the way forward for the rest of the world.

China’s two mobile payments giants, Alipay, an affiliate of the Chinese ecommerce group Alibaba, and WeChat Pay, owned by the messaging and social media powerhouse Tencent, are streets ahead of their Western rivals in terms of technology, user friendliness, number of users and ubiquity.

To put their scale into perspective, each organisation handled more payments in a single month this year than PayPal’s $451 billion for the whole of 2017, according to research firm Analysys. In many ways Alipay, which has more than 520 million active monthly customers, and WeChat Pay, with over one billion, point to the future of payments for the rest of the world.

By contrast, Apple Pay has only 127 million worldwide, even though it is installed into every iPhone. One thing that has driven their recent growth has been the inadequacy of China’s traditional banks. Bank customers have to contend with long queues in city branches, long journeys to branches in the countryside and horrendous bureaucracy to get a credit card. 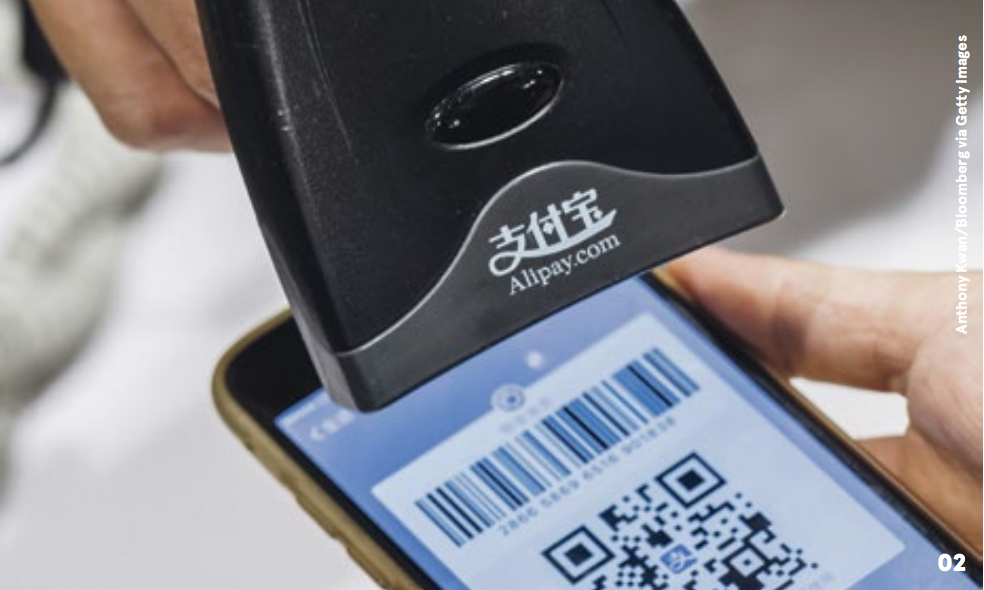 The low penetration of card payment point of sale terminals in China, partly down to the fact Visa and Mastercard are banned in the country, has been another factor, as has Chinese millennials’ open-mindedness to technological change and willingness to entrust large portions of their lives to companies such Alibaba and Tencent.

Digital banking expert and author of Digital Human Chris Skinner says: “They were able to leapfrog in China because most people didn’t have credit cards, debit cards or plastic of any kind. So when mobile payment apps first came out, they immediately caught on. The market was essentially primed. It was a unique set of circumstances.”

Widening access to the internet, mobile networks and smartphones was another factor. “In about 2013, the iPhone and smartphones took off in China, and because they already had the trusted QQ network, which became WeChat, and Alibaba with Alipay, it meant these two companies got into a head-to-head battle over payments,” adds Mr Skinner.

But the explosion ultimately only happened because Alibaba and Tencent managed to blend seamlessly social media, ecommerce, payment and other finance functions into single apps and user friendly ecosystems. “Imagine Facebook bolted on to email with a built-in payment platform for splitting bills among friends: that is Tencent’s WeChat.

Or Amazon, with its own payment system that lets you send money to friends using only their phone number: that is Ant Financial’s Alipay,” according to Financial Times Beijing correspondent Yuam Yang. “The network effect of such platforms is vast; if all your friends are using them, it is difficult to opt out.”

The payment apps, and QR codes in retailers and other offline businesses on which they depend, have become so ubiquitous in China that young consumers rarely carry a wallet or cash. Even buskers display AliPay and WeChat Pay QR codes instead of laying a guitar case on the pavement.

The firms make use of data from customers’ transaction histories to build detailed profiles of each one, which they then monetise within their portfolio of apps in ways that would probably make Google or Facebook blush. They also run credit-scoring businesses which factor users’ payment histories and trading histories into their scores. 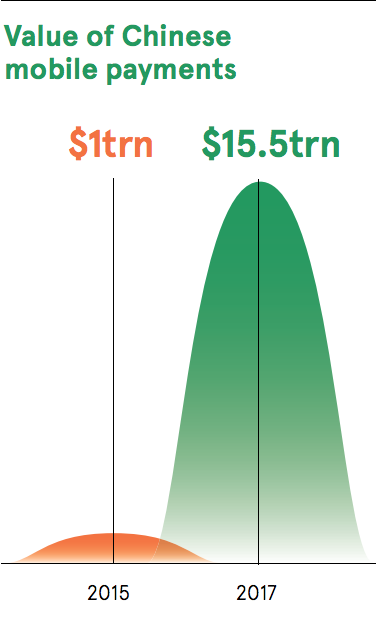 Alipay’s launch of Yu’e Bao, or Left over Treasure, is a sign of what these companies are capable of. This is a money market fund designed to hoover up users’ savings and spare change and transfer it into an investment vehicle that outperforms deposit accounts. Tom Slater, a partner at investment management firm Baillie Gifford, who co-manages Scottish Mortgage, a £7.7-billion investment trust which holds stakes in all three companies, describes this as “a quite astonishing achievement”.

Mr Slater adds: “It is what we really meant by fintech: using technology to give customers a better product and experience than can be provided by the existing industry.” By June, Yu’e Bao had some $210 billion in assets under management, making it the world’s biggest money market fund by a wide margin, even though it is only four years old.

He attributes Alipay’s early success to the support of its former 100 per cent parent Alibaba, which retains a 30 per cent stake in Alipay owner Ant Financial. Ever since Alipay was launched as an escrow service in 2004, Alibaba had been supportive and, importantly, saw payment as a way of improving the ecosystem rather than a means of making money, he adds.

“The real lessons are around the scale of the ambition and focus on making the experience better for users,” says Mr Slater.

Mr Skinner says their success showed that the UK wasted too much time developing card payment technologies, such as chip and PIN and contactless, which he argues were already outmoded by the time they were launched. “In 2015 Chinese citizens transacted $1 trillion through mobile payments using QR codes. In 2017 it was $15.5 trillion.

In 2020 it’s forecast that Chinese consumers will transact $45 trillion through mobile payments, by which time the county will be pretty much cashless. They have gone from fledgling to mainstream in two years and from fledgling to cashless in five years,” he concludes